Click on Add to Cart to view available sizes and pricing.

LHS head coach Johnny Roscoe talks with his team during a 1993 practice. Roscoe, who was the Bruins coach and athletic director for 21 seasons, took LHS to two state championship appearances in Columbia in 1989 and 1990. He left Lancaster in 2005 and two years later became the head coach at Northern Guilford High School in North Carolina. While at NGHS, he won four state championships. Roscoe won over 300 games during his career. After retiring from coaching, he and his wife, Jane, moved back to Lancaster county, were they live now. (Photo by Travis Bell/The Lancaster Archive) 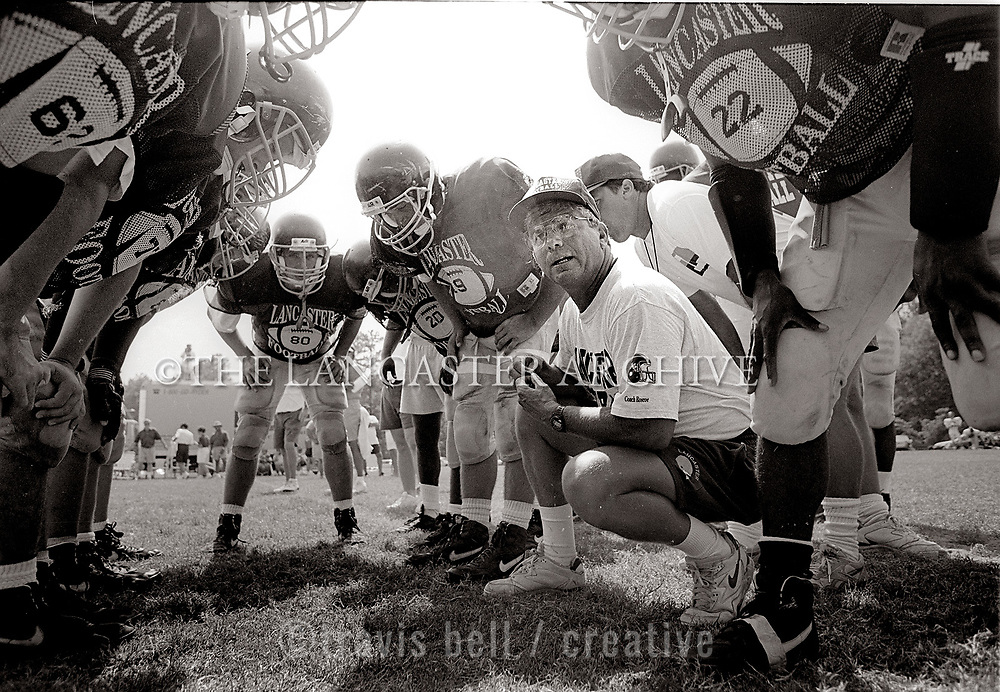